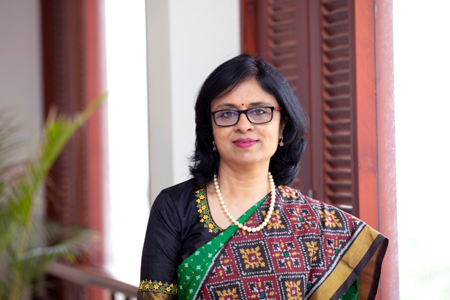 Dr. Vidya holds a Post Graduate Degree in Medicine, a Degree in Law and Ph.D. in 'Internationalisation of Higher Education in India'. Having presented papers at various National & International Conferences, she has numerous research publications to her credit and has also authored several books. Ranked No.14 amongst India's top 25 Powerful Women she has been instrumental in bringing in innovative approaches to promote internationalisation of education in India.

Dr. Vidya has been appointed as member of the expert group on Global Outreach of Higher Education, formulated by UGC to implement NEP 2020 that has set a new paradigm, suggesting radical reforms to streamline the existing education system with the needs and requirements of the 21st century education. Dr. Vidya has been appointed as the first chair of the OBREAL India Chapter for a period of 3 years and a Member, Advisory Group of Analytical and Advisory work (ASA), World Bank.

As a member of University Grants Commission (UGC) for two terms, Central Advisory Board of Education (CABE) under Ministry of Education and Indian Council for Cultural Relations (ICCR), she has been a facilitator of innovative approaches to higher education in India. She has also been a Member on many other organizations such as Independent Director on the Board of RITES Limited under Ministry of Railways, Government of India,Education Quality Upgradation and Inclusion Programme (EQUIP) Committee, Ministry of Education, Govt. of India, Indian Institute of Corporate Affairs, Yeshwantaro Chavan Maharashtra Open University, State Knowledge Advisory Board of Higher Education, Government of Andhra Pradesh, Sub-Group on Higher & Technical Education and Skill Development of Chief Minister's Advisory Council, Government of Rajasthan.

She is a Chairperson of the FICCI Committee on Higher Education and serving 3rd term.  Dr. Vidya has been appointed as Member of India Brand Equity Foundation (IBEF) Trust set up by Ministry of Commerce & Industries, Government of India, to promote the 'Brand India' label in overseas markets. She has elected as Member of the Central Governing Council of Services Export Promotion Council (SEPC) set up by Ministry of Commerce & Industry, Government of India, Member of the General Assembly of the Indian Council for Cultural Relations (ICCR) and Governing Body of Yashwantrao Chavan Academy of Development Administration (YASHADA), Government of Maharashtra.

She is a member on the Board of several organisations like Rayat Shikshan Sanstha, Research Committee of the Association of Indian Universities (AIU), Public Health Foundation of India, Symbiosis University of Applied Sciences Indore, Symbiosis Skills and Open University, Pune. She is a member of many corporate bodies such as Federation of Indian Chambers of Commerce & Industry (FICCI), Confederation of India Industry (CII), Maratha Chambers of Commerce and Industries (MCCIA) and Not for profit organisations like HK Firodiya Foundation, India International Centre (IIC), Pune International Centre (PIC) & Pune Citizens Police Foundation (PCPF).

Dr. Vidya's hard work has won her numerous awards and accolades. Her continuous endeavour to innovate and initiate has helped Symbiosis attain its present respect and admiration. Having accomplished all such feats, Dr. Vidya is now committed to Symbiosis International University being benchmarked amongst one of the best Universities in Asia.

She has been ranked No.14 amongst India's top 25 Powerful Women by Fame India Magazine.Dr.Vidya's hard work has won her numerous awards and accolades and she is now focussed on making Symbiosis International University benchmarked amongst one of the best Universities in Asia. 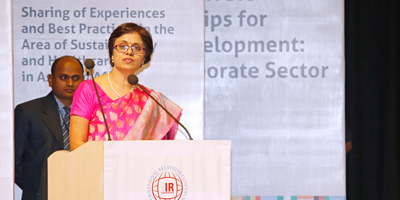 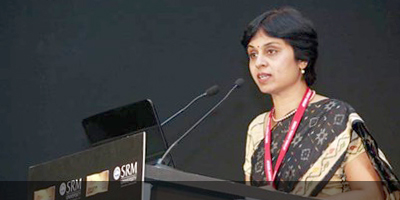